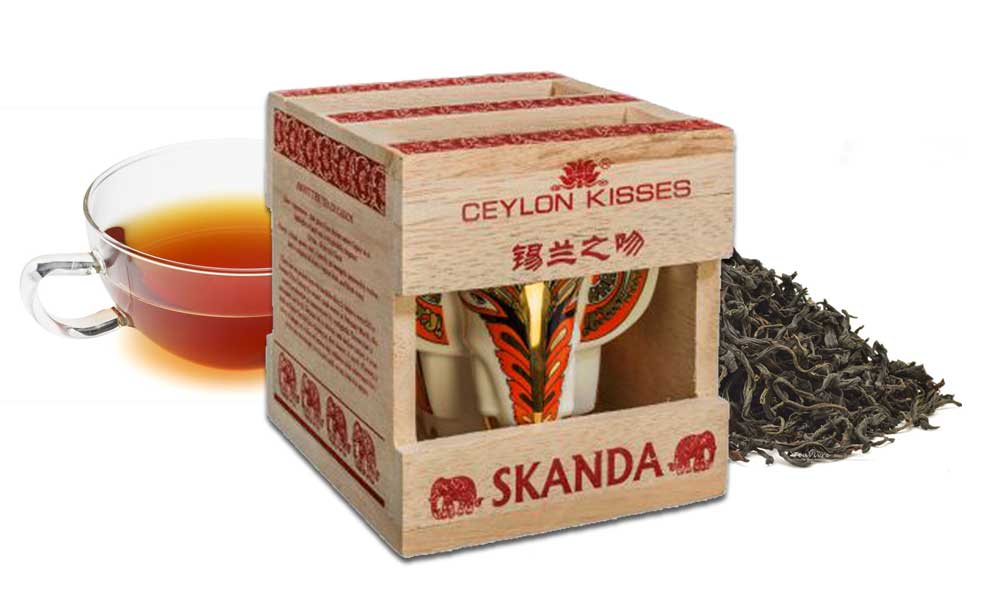 The young elephant Skanda had been purchased along with Maligawa Raja by Tikiribanda Mampitiya Disawe of Giragama Mansion in Kandy for LKR3300, considered a fortune at that time.

The young elephant Skanda had been purchased along with Maligawa Raja by Tikiribanda Mampitiya Disawe of Giragama Mansion in Kandy for LKR3300, considered a fortune at that time. With a permit issued by the British government, both the elephants were brought by train to the Kadugannawa railway station and then to the Giragama Mansion on December 11, 1925. Arambegama Kirihamy was appointed as the mahout of the young elephants. He attached the young elephants to the female elephant he was looking after, who became the foster mother of the young elephants. When the two elephants were around 24 years old, they were ceremonially gifted to the Sri Dalada Maligawa. Thereafter both Raja and Skanda were trained for the responsibilities of the temple elephants and were given the experience of participating in the procession, in the same year. Most often, Raja carried the sacred casket at the annual perahera in Kandy flanked by Skanda and another tusker. Sometimes Skanda too carried the casket. Even after the demise of Skanda, the fellow tusker elephant in 1986, Raja continued his responsibilities as the Chief Tusker of the Esala procession in 1987.